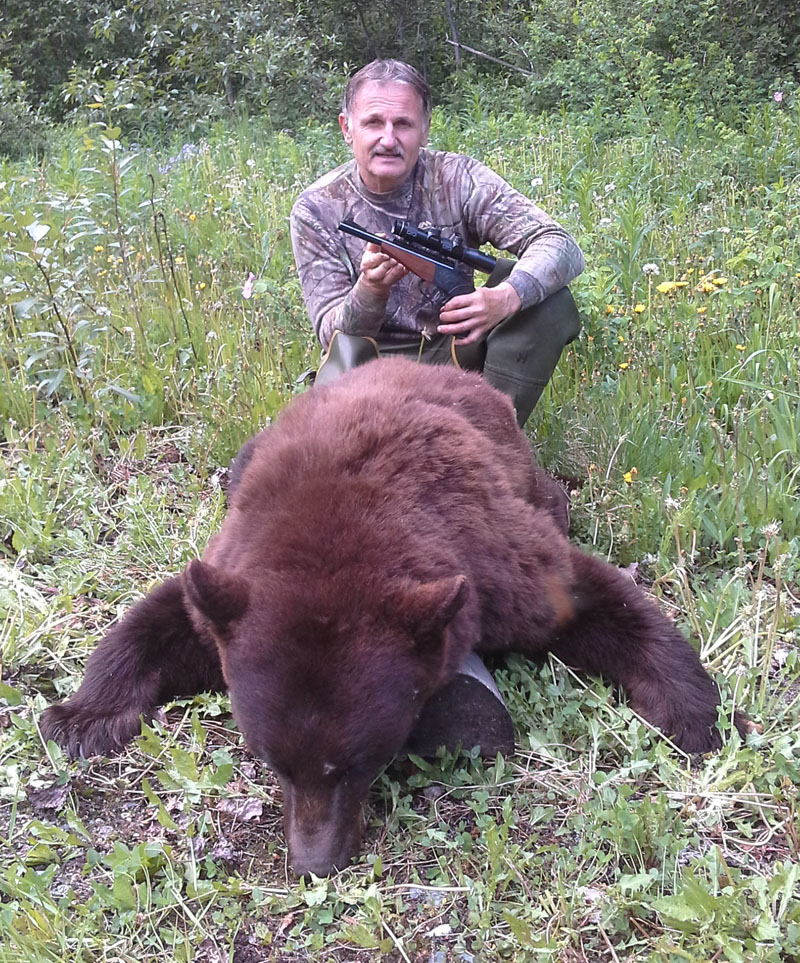 Southeast Alaska has the largest Black Bear taken (on average) anywhere in North America. Bears typically range from 6 1/2 feet to 7 1/2 feet squared, with an occasional 8 footer. Off-colored, or cinnamon bears are quite frequent in certain areas. The success rates are very good, well over 95%. Late April through May is prime time to spot & stalk your trophy Black Bear, as they forage along the shorelines and grassy lowlands.

In June, I hunt black bear over a bait site. In September the majority of Black Bears will be above timber line feeding on low bush blueberries in ankle high vegetation. Mountain Goats will normally be found in the same areas and at approximately the same altitude as Black Bears, making combination hunts possible. Access to our hunt area can range from 4-wheel drive to jet boat, canoe and foot.

Alaska Fair Chase Guiding has been featured in the following publications: